Tehran, 10 May _Ahmad al-Mostafa can’t afford milk for his baby daughter. A Syrian refugee, he has barely been able to feed his family since Lebanon sank into economic crisis last year. But now, a coronavirus lockdown has made things even worse. 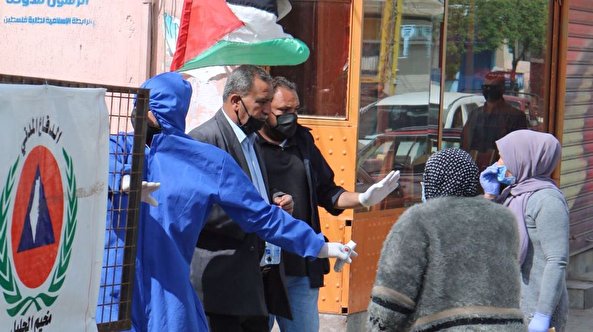 “Nobody will hire us anymore,” said the 28-year-old, who lost his restaurant job a few months ago. He racked up hundreds of dollars in debt at the local mini market getting food before the owner said he could borrow no more.

“We’re afraid of tomorrow,” he said. “We don’t know what will happen to us.”

His plight echoes that facing many of the 5.6 million Syrian refugees in Lebanon, Jordan and Turkey, who had scraped by on meager daily wages but now find even that is denied them as the coronavirus pandemic forces their host countries into shutdown.

Many Lebanese have themselves been hit by a financial crisis that has evaporated jobs and sent prices soaring, and have become less tolerant of the Syrians who have boosted the population by around 1.5 million to some 6 million.

“Every time I go looking for work, they tell me they don’t hire Syrians,” said Mostafa, who fled into north Lebanon in 2014. “I’m sitting indoors - and everything is expensive.”

He can no longer afford diapers, which have doubled in price, and he relies on a charitable neighbor who gets milk for his one-year-old daughter.

More refugees say they are worried about starving than about the virus, said Mireille Girard, representative of the U.N. refugee agency UNHCR in Lebanon.

In a survey last month, UNHCR found 70% were going hungry, while many could not buy soap. Since Syria’s war erupted nine years ago, many have languished in crowded camps where aid workers fear any COVID-19 outbreak would be rapid and lethal.