Tehran, 10 May _The Afghan government says it has so far released 1,000 Taliban members under a deal between the militant group and the Unites States, and that the militants should now reciprocate by freeing their captives and expediting intra-Afghan dialog. 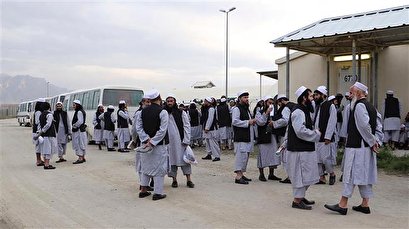 The Office of National Security Council (NSC) in Afghanistan made the announcement in a tweet on Saturday, saying that the aim of releasing Taliban militants on the order of President Ashraf Ghani was to pave the ground for a peace process and to enable a focus on the fight against the coronavirus outbreak.

The NSC stressed that the government in Kabul expected the militant group to speed up the release of the National Defense and Security Forces (ANDSF) captives in return and prepare for intra-Afghan negotiations and that no delay was “justifiable.”

The Afghan government has also announced that 500 more Taliban prisoners will be released in the upcoming days.

Under the deal signed on February 28, the Taliban agreed to halt their attacks on international forces in return for the US military’s phased withdrawal from Afghanistan and a prisoner exchange with the government in Kabul.

The Afghan government, which was excluded from the talks and was thus not a signatory to the accord, is required to release up to 5,000 Taliban prisoners. But it has reduced the number to 1,500 before the talks start. The militants are obliged to free 1,000 government captives in return, but have reportedly freed only 148.

The agreement was supposed to lay the groundwork for a peace process in the war-ravaged Asian country, but the Taliban militant group has already rejected a government offer of a ceasefire for the duration of Ramadan.