Tehran, 10 May_Daily crude steel output at a major Iranian mill has reached an all-time high of 3,887 metric tons, a sign that Iran has remained totally unaffected by American sanctions that seek to hamper the country’s lucrative trade of metals. 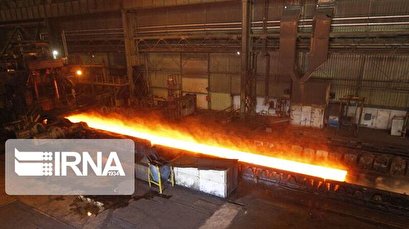 A report by the Iranian ministry of industries (MIMT) on Sunday said that daily output recorded at Chadormalo factory, located in eastern Iran, was unprecedented for the steel industry in the country.

Reports over the past months have suggested that Iranian steel mills have been churning out record amounts of crude steel while production for finished casting products have also surged to respond to a growing export demands.

The MIMT said last month that annual crude steel exports had surged by over a quarter to reach nearly 5.5 million tons at the end of the last calendar year in late March.

That comes despite a series of sanctions enacted by the United States in May 2019 against people and governments involved in trade of metals with in Iran.

Experts say the sanctions have failed for good as demand keep surging for high-quality steel products that are made inside Iran an sold at competitive prices to Asian and European customers.

Washington enacted the bans hoping they could deprive Iran of the ability to offset the impacts of sanctions imposed on its oil industry. However, many believe the sanctions have backfired as Iran is celebrating a real boom in its metals sector.

Government authorities have said crude steel production will further be scaled up in the coming years to reach a target of 50 million tons of output by 2025 while exports over that year could amount to 15-20 million tons.