Tehran, 10 May_Scotland’s First Secretary, Nicola Sturgeon, has openly defied Prime Minister, Boris Johnson, over the expected relaxation of the coronavirus lockdown, thus deepening the rift between Edinburgh and London as to how to manage the crisis. 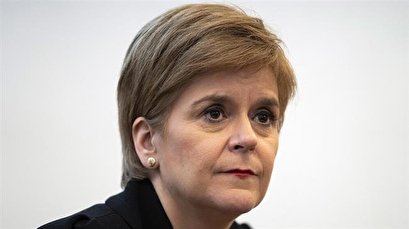 Sturgeon, who is also the leader of the pro-independence Scottish National Party (SNP), has said “stay at home” remains her “clear message” to the Scottish people.

The latest rift has opened up following reports that Johnson is expected to unveil a new coronavirus-related slogan, essentially telling the public to “stay alert, control the virus, save lives”.

Reinforcing Sturgeon’s message to “stay at home”, Scottish health secretary, Jeane Freeman, told BBC Politics Scotland the Scottish government had not been consulted on the new slogan and that she had “no idea” what it meant.

"I think the first minister [Sturgeon] was really clear last week that the 'Stay At Home' message is the right message and, if I am perfectly frank, I have no idea what 'Stay Alert' actually means", Freeman added.

Professor Jason Leitsch told BBC Breakfast it is still “too early” to consider any “major changes”.

This determined pushback by the Scottish government was prompted by London’s clear ambition to impose its will on all the UK nations, and especially Scotland.

Earlier today the communities secretary, Robert Jenrick, told the BBC Andrew Marr Show that the British government wants the “whole of [the] country” – and “not just England” – to adopt the new “stay alert” message.

However, Sturgeon’s open defiance of that vague message is set to increase tensions between London and Edinburgh, possibly producing different approaches to managing the pandemic in the middle and latter phases of its development.

Sturgeon has consistently demonstrated leadership during the coronavirus crisis. Indeed, the First Minister and SNP leader tried to take charge of the crisis at the very beginning when Johnson and the British government appeared muddled and confused.