Tehran, 10 May_According to the annual report of the US Defence Department, the US military has killed 108 Afghans and wounded another 75 civilians during its military operations in 2019. 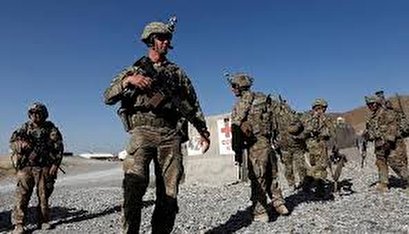 The tally has changed little since the previous year’s report, but civilian deaths in Afghanistan again eclipsed those in Syria and Iraq.

“Despite the terrorist groups are said to be accountable for much of civilian casualties in Afghanistan, the United Nations has attributed 559 civilian deaths in the country to “international military forces.”

Meanwhile, multiple NGOs including the American Civil Liberties Union (ACLU) regularly publish far higher death tolls of American strikes in war zones. They say the content of the report, however, suggests that the Pentagon is still undercounting civilian casualties.

This comes as US war in Afghanistan has always been criticized by some influential figures such as former Afghan president Hamid Karzai. He says the US needs to honestly follow the Afghan peace process inside Afghanistan.

Compared to credible independent media accounts and rights groups' investigations, it is clear that the Pentagon's investigations are still woefully inadequate. They say US President Donald Trump's administration is undercounting the number of civilians killed or injured overseas.