Tehran, 10 May_The coronavirus threatens to further send the already strained relations between the US and China on a rapid downward slide, at a time when cooperation between the world’s two largest economies is key to combat the pandemic and salvage the global economy. 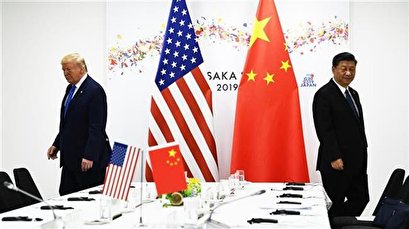 Faced with a deep recession in an election year, US President Donald Trump has increasingly blamed China for the spread of the virus that has caused thousands of deaths and millions of job losses in the United States.

The Republican president has accused Beijing of keeping the world in the dark during the initial outbreak. He has also claimed that China “will do anything they can” to make him lose in the November election.

Trump’s attack on China is in line with a leaked GOP memo, which urged Republican presidential candidates to address the coronavirus crisis by aggressively attacking China. The 57-page memo stresses three lines of attack; that China triggered the pandemic by “covering it up,” that Democrats are “soft on China,” and that Republicans will “push for sanctions on China.”

In addition to sanctions, the Trump administration is reportedly devising a long-term plan to punish China on multiple fronts, including the possibility of canceling US debt obligations and drawing up harsher trade policies. Trump and his aides are also encouraging US allies to join the pressure campaign against Beijing.

Trump has threatened to impose more tariffs on Chinese exports, ignoring warnings that a new round of trade war could further hit the global economy as the world heads for the worst recession since the Great Depression in the 1930s.

The dramatic spike in tensions comes on the heels of a two-year trade war that had already pushed relations to new lows and spurred talk of decoupling.

Last week, President Trump and Secretary of State Mike Pompeoramped up the rhetoric even further, claiming --without providing evidence-- that the coronavirus has originated at the Wuhan Institute of Virology.