Tehran, 10 May_Former Prime Minister, Tony Blair, has stepped up his intervention in Britain’s Coronavirus crisis with a view to influencing government policy. 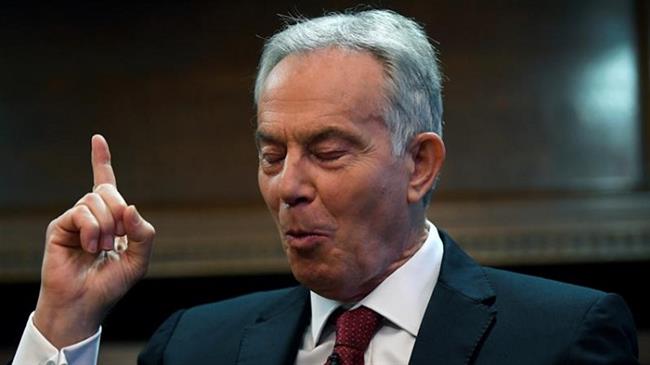 In a series of videos posted on the tweeter account of his organization, the Tony Blair Institute for Global Change (TBIGC), the former Labour PM has set out his vision of how the lockdown can be eased not just in Britain but around the world.

Blair also addresses the economic and political fallout of the crisis by proposing measures that can impede the empowerment of the “far left” and “far right” both during and in the aftermath of the pandemic.

Blair, who was Britain’s Prime Minister between 1997 and 2007, is often accused of intervening in key challenges and debates by offering advice even when he has no solid expertise or valuable insights to offer.

Furthermore, Blair is often accused of using his purported thinktank (TBIGC) as a vehicle for making large sums of money.

Bair’s colorful and vast financial affairs have caused controversy in the past with the Telegraph  reporting on June 11, 2015, that British tax payers were paying up to £16,000 a week for the former PM to develop his global business empire.

The paper claimed that Blair traveled the world on private jets with a squad of police bodyguards whilst staying at five star hotels, all at the tax payer’s expense.

Blair’s aggressive intervention in the coronavirus crisis comes in the wake of the government’s consistent mishandling of the crisis.

Currently Prime Minister, Boris Johnson, and his inner circle, are dithering as to how and to what extent they can relax the increasingly unpopular lockdown.