Tehran, 11 May_Iran and Afghanistan’s foreign ministers have discussed reports about an alleged border incident, which resulted in the death of Afghan migrants after they tried to illegally cross the two countries' joint border. 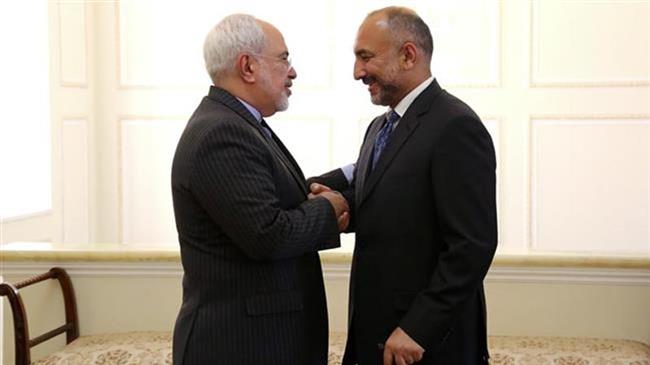 Mohammad Javad Zarif and Mohammad Hanif Atmar held the discussion over the phone, Afghanistan’s Ministry of Foreign Affairs said in a statement on Sunday.

A number of Afghan media outlets alleged on May 1 that more than 40 illegal migrants had been arrested by Iranian border guards and thrown into Harirud River.

The top diplomats discussed joint investigations into the matter and the creation of respective inquiry task forces.

Zarif assured his Afghan counterpart that an Iranian investigative team would soon begin looking into the matter, while Atmar notified the Iranian minister that an Afghan delegation had already visited the northwestern Afghan province of Herat, where the river partly flows, and begun a probe.

The ministers agreed that joint investigative bodies could meet in Herat and the northwestern Iranian holy city of Mashhad to share their findings.

The Afghan Foreign Ministry said the investigations would seek to verify credibility of the media reports, and prevent any future incidents.

On Tuesday, US Acting Assistant Secretary for South Asia Alice Wells used the uncorroborated reports as an excuse to describe, what she called, Iran’s “cruel treatment and abuse of Afghan migrants” as “horrifying.”

The Iranian Foreign Ministry posted a tweet on its English-language page in response, denouncing the remarks as a “bitter joke.” It called the reports “tragic” but “unrelated to Iran.”