JCPOA withdrawal to be remembered as everlasting US disgrace: Iran FM spox

Tehran, 11 May_Iran’s Foreign Ministry spokesperson has slammed US Secretary of State Mike Pompeo’s remarks praising Washington’s withdrawal from the 2015 Iran nuclear deal, saying that the event will be remembered as “an everlasting disgrace” for the US. 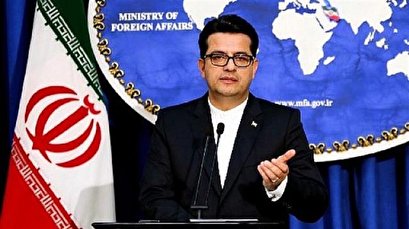 “Mark my word: 8 May 2018 will remain an everlasting disgrace for American polity,” Abbas Mousavi said in a tweet on Sunday.“Only a rogue regime with zero sense of moral responsibility can take pride in dishonoring its international commitments and violating international law,” he added.

The Trump administration withdrew from the multilateral Joint Comprehensive Plan of Action (JCPOA) on May 8, 2018, reimposing widespread sanctions previously lifted under the deal.

The deal had been signed between Iran and five other countries – the US, Britain, France, Germany, Russia and China – in 2015, putting an end to more than a decade of heated negotiations over Iran’s peaceful nuclear activities.

Mousavi’s remarks on Sunday came in response to a tweet by Pompeo praising the measure.

“Today, Americans are safer and the Middle East is more peaceful than if we had remained in the JCPOA,” Pompeo said.Pompeo’s remarks come as many political figures across the world, including the US, have chastised the Trump administration for sabotaging the deal, arguing that Trump’s Iran policy has greatly undermined security in the Middle East.