Tehran, 12 May_On Monday, Venezuela’s military authorities said the arrest of US-linked mercenaries continued nationwide as 14 more men were detained. Venezuelan President Nicolas Maduro has blamed the US government for staging a terrorist operation along with opposition figure, Juan Guaido, who signed a contract hiring mercenaries to assassinate Maduro and claim the country’s presidency himself. 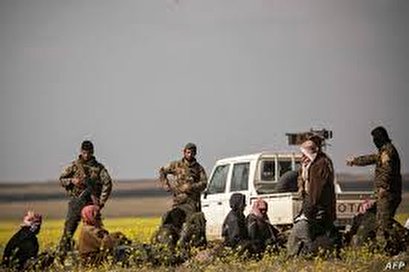 Maduro also slammed the Colombian government for being an accomplice to the conspiracy, training militants in its territory, and helping them illegally enter Venezuela. Socialist lawmakers support Maduro’s order to continue to chase the militants and put them in jail.

However, opposition leaders disagree with the government’s claim over the actions of the militants.

Many Venezuelans also condemned the US aggressive policy, especially during the time of the coronavirus pandemic.

Despite the US’s denial of having any links to the arrested mercenaries, Venezuela says there is solid evidence of Washington’s involvement in the paramilitary operation and will take due legal action to hold the US responsible for the chaos.