Tehran, 13 May_Amid rising frictions between Ankara and Abu Dhabi, Turkish Foreign Minister Mevlut Cavusoglu has hit out at the United Arab Emirates (UAE) for “bringing chaos” to the already-troubled Middle East region through its interventions in Libya and Yemen. 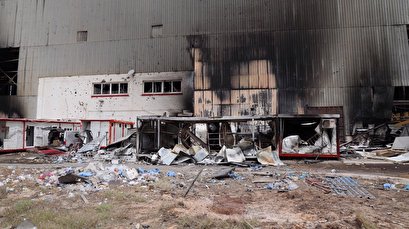 Speaking to Turkish broadcaster Akit TV on Tuesday, the top Turkish diplomat said the UAE along with Egypt and other countries were “trying to destabilize the whole region.”

Especially singling out Abu Dhabi, Cavusoglu added, “If you are asking who is destabilizing this region, who is bringing chaos, then we would say Abu Dhabi without any hesitation.”

“It is a reality that they are the force that unsettled Libya and destroyed Yemen,” he added.

The remarks came one day after the UAE issued a joint statement with Egypt, Greece, Cyprus and France condemning Turkey’s “military interference in Libya.”

Turkey’s Foreign Ministry denounced the statement by the five countries and said France was “attempting to be the patron of this axis of malice.”

Turkey and the UAE have been supporting opposing sides of the Libya conflict. Ankara has deployed military personnel and helped send militants from Syria to Libya in support of the internationally-recognized Libyan government headed by Prime Minister Fayez al-Sarraj in Tripoli.

Abu Dhabi, however, supports forces loyal to renegade General Khalifa Haftar, who have been trying to storm Tripoli and unseat the government. The UN says Abu Dhabi has supplied aircraft and military vehicles to Haftar.