Wednesday, 13 May _Iran will give a harsh response to any military escapade the US president may resort to, the Iranian envoy to Russia says, after Donald Trump vetoed a congressional resolution that was seeking to limit his power to launch military operations against Tehran without congressional approval. 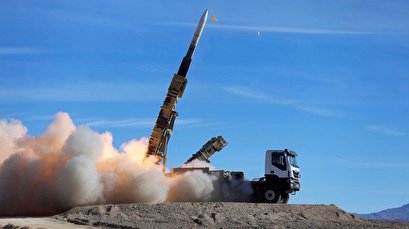 Kazem Jalali said in an interview with the Sputnik news agency on Wednesday that by vetoing the congressional resolution, Trump followed two objectives, namely to secure victory in the next presidential vote and to have a free hand to launch military aggression again Iran.

"Trump's actions related to the veto may have two aims. First, this comes in the context of disagreements between political parties in the United States, and of the attempt to secure victory in the upcoming election. Secondly, the US is likely primed for a military conflict with Iran,” he said.

He, however, warned Washington against embarking on any adventurism against Tehran as a harsh response would await it.

“We hope that Trump's actions are not motivated by the second goal, as Iran will provide a harsh response to any military escapade by the US," Jalali said.

The remarks came after Trump last Wednesday vetoed legislation passed by both houses of Congress to limit a president's power to wage war against Iran.

In a statement released by the White House, Trump dismissed the resolution introduced by Democrats as “very insulting,” and part of a “strategy to win an election on November 3 by dividing the Republican Party."

The resolution was introduced in an attempt to stop Trump from further military action against Iran, after he ordered a January 3 drone strike that killed top Iranian commander General Qassem Soleimani.