Iran has reiterated full support for Palestinians against the Tel Aviv regime’s atrocities, calling on Muslim nations and the entire world community to take immediate and practical steps towards putting an end to decades of Israeli occupation. 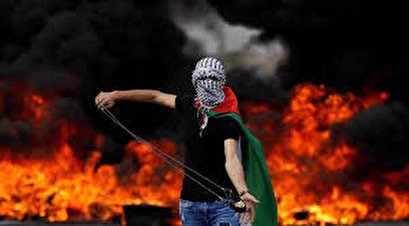 The Iranian Foreign Ministry released a statement on Thursday, on the eve of Nakba Day (the Day of Catastrophe), when back in 1948, hundreds of thousands of Palestinians were forcibly evicted from their homeland and Israel proclaimed existence.

It said, “72 years ago, on this day, the Zionist immigrants massacred people of the land of Palestine — including men, women, the youth, the elderly and innocent children — and forced them out of their homes while using deviant and racist ideas and thoughts as a pretext. [That is how] the Palestinian land and the entire West Asia were afflicted with Zionist Nakba.”

Palestinians mark Nakba Day on May 15, a day after the occupying regime declared existence.

The Iranian Foreign Ministry described Nakba Day as the starting point of Israeli crimes against the true owners of Palestine, including building settlements, further displacing the Palestinians, desecrating the al-Aqsa Mosque, maintaining a crippling siege on Gaza, and annexing the occupied side of Syria’s Golan Heights.

The ministry expressed Iran’s “full solidarity” with the Palestinian cause, rejecting a “humiliating” peace plan drawn up by the administration of US President Donald Trump to end the Israeli-Palestinian conflict.