World nuclear arms spending hit $73bn last year – half of it by US: Report

The world’s nuclear-armed nations spent a record $73 billion on their weapons last year, with the US spending almost as much as the eight other states combined, according to a new report. 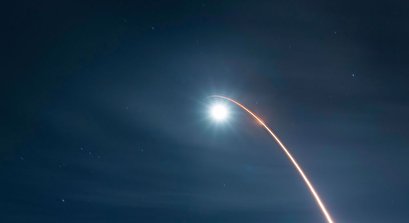 The new spending figures, reflecting the highest expenditure on nuclear arms since the height of the cold war, have been estimated by the International Campaign to Abolish Nuclear Weapons (Ican), which argues that the coronavirus pandemic underlines the wastefulness of the nuclear arms race.

The nine nuclear weapons states spent a total of $72.9 billion in 2019, a 10% increase on the year before. Of that, $35.4bn was spent by the Trump administration, which accelerated the modernisation of the US arsenal in its first three years while cutting expenditure on pandemic prevention.

“It’s clear now more than ever that nuclear weapons do not provide security for the world in the midst of a global pandemic, and not even for the nine countries that have nuclear weapons, particularly when there are documented deficits of healthcare supplies and exhausted medical professionals,” Alicia Sanders-Zakre, the lead author of the report, said.

The report comes at a time when arms control is at a low ebb, with the last major treaty limiting US and Russian strategic nuclear weapons, New Start, due to expire in nine months with no agreement so far to extend it.

Russia, which has announced the development of an array of new weapons – including nuclear-powered, long-distance cruise missiles, underwater long-distance nuclear torpedoes and a new heavy intercontinental ballistic missile – spent $8.5 billion on its arsenal in 2019, according to Ican’s estimates. China, which has a much smaller nuclear force than the US and Russia but is seeking to expand, spent $10.4 billion.

Those expenditures were far overshadowed by the US nuclear weapons budget, which is part of a major upgrade also involving new weapons, including a low-yield submarine-launched missile, which has already been deployed.

According to the Congressional Budget Office, the cost of the US program over the coming decade will be $500 billion, an increase of nearly $100 billion, about 23%, over projections from the end of the Obama administration.

Congressional Democrats failed in an attempt to curb the administration’s nuclear ambitions, but Kingston Reif, the director for disarmament and threat reduction policy at the Arms Control Association, said budgetary constraints in a coronavirus-induced recession, could succeed where political opposition failed.