Farmers concerned over reports that the government is planning to slash tariffs on food imports from the US as part of a planned trade deal. 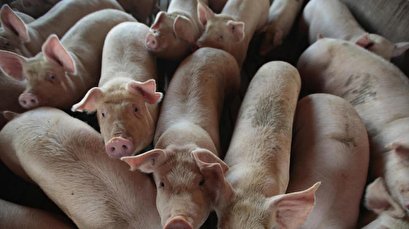 Liz Truss, the UK’s international trade secretary, is reportedly preparing a “big concession package” to offer Washington as part of negotiations which began recently with both sides eager to do a deal before the presidential elections in November.

Foodstuffs are usually lower priced in the US than in the UK, partly due to a less rigorous animal welfare regime, and American farmers have complained of being excluded from European markets by high tariffs.

British farmers, who fear their produce could be undercut on price if ministers fail to insist on tough requirements for imports to meet current UK standards, which would exclude US products like chlorine-washed chicken and hormone-pumped beef, are likely to resist any such tariff cuts.

The National Farmers Union international trade director, Nick von Westenholz, told the Financial Times that the agricultural sector would be “very concerned” about the proposals.

“Any concessions UK negotiators give on market access - such as lower or zero tariffs on agricultural goods - must be accompanied by clear conditions on how those goods have been produced,” he said. “Anything else would represent a clear breach of the government’s own explicit red lines in trade negotiations.”

There was no immediate response from the Department for International Trade to the report, which said proposals had caused tension with George Eustice’s environment department.