Tehran, 15 May _COVID-19 has killed hundreds of thousands across the globe and forced more than a billion people into lockdown. The economy has taken a battering. Another recession or great depression might be right around the corner. A vaccine seems the only way to get back on track. But who will get the vaccine first? 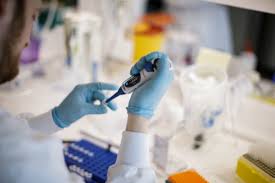 Worldwide, more than 90 vaccines are currently being developed against COVID-19, with eight of them in the clinical trial phase. Competition to be the first is fierce. Investors are eyeing progress as well as billions around the globe.

But medical experts fear a worldwide fight in which manufacturers sell only to the highest bidders leaving poorer nations behind.

The CEO of French pharmaceutical giant Sanofi has sparked outrage, saying that if a vaccine was developed, he would give preference to the American market.

The French finance ministry refuted those claims, saying no country will get privileged access to a potential vaccine.

Nonetheless this just feeds into growing concern over what could determine who gets it first. Will those who need the vaccine get it sooner, or those who invest more?

Matt Hancock, the UK’s health secretary, says Britain has put more money than any other country into the global search for a vaccine, and he wants Britons to benefit first from any vaccine that they funded through their taxes.

Last week, American biotechnology company Moderna confirmed if it developed a vaccine, it will be working very closely with the US government to see who gets the first doses – which will probably be only enough for a seventh of the world’s population.

This has happened before. In 2009, the United States got privileged access to the H1N1 swine-flu vaccine, leaving underdeveloped countries with little supply until after the pandemic subsided.