Iranian cleric in Kiev: I pray for Ukrainians not to become US lackeys

Tehran, YJC. Sabounchi says he does not like the current Ukraine government “because it is a US thing.”

Founder of Hussainiah Ahl ul Bayt in Kiev in interview with Fars news agency in answer to whether recent Ukraine developments will affect his job said "So far the government has not told us anything. I do not endorse the incumbent government, though, because it is an American thing. I even keep saying that on the altar, saying I do not endorse this government. But I pray for the Ukrainian nation not to become a US servant. I want Ukraine independent. I do not endorse either Russia or the US.” 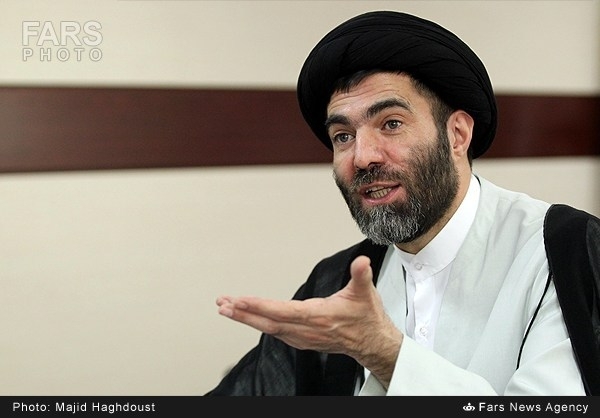 Providing comments on Ukrain-resident Shiites Ahmad Sabounchi said "These Shiite people get themselves informed of what’s on in Iran and other Shiite countries. When Mr. Sistani issued his fatwa to fight Daesh, around 50 of them came with their passports and said they wanted to go to war. Another time when the US had come forward they brought 30 passports one morning and told me "Go get permission. We want to go fight.” I really did not know what to do. I went to the Embassy and disclosed the news. After consultation with Tehran they said it was not appropriate at that time.”