Iranian fuel en route to Venezuela despite US sanctions on two allies: Report

Tehran, 16 May_Reports of a shipment of Iranian fuel to Venezuela in the face of US sanctions against the two allies have infuriated the United States, with one official threatening to take “measures" against the “unwelcome” development. 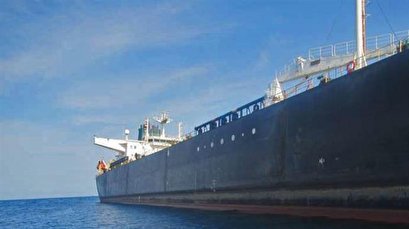 The vessel tracking data from analyst Refinitiv Eikon suggests the tanker loaded fuel at Bandar Abbas port in Iran at the end of March, and sailed through the Suez Canal and entered the Atlantic on Wednesday.

A senior official in US President Donald Trump’s administration told Reuters on Thursday that the United States was considering measures against Iran in response to the fuel shipment. The official spoke on condition of anonymity.

The official said Washington has a “high degree of certainty” that the Venezuelan government is paying Iran in gold for the fuel.

In May 2018, Trump unilaterally pulled his country out of the international deal, in defiance of global criticism.

Ever since withdrawing from the Iran nuclear deal, Washington has launched a so-called maximum pressure campaign against Tehran, seeking to pressure it with a growing list of widespread sanctions targeting the Islamic Republic.

Tehran has responded to the sanctions and the failure of JCPOA signatories – specifically Britain, France and Germany – to protect the deal by gradually suspending its own commitments to the nuclear accord.

Iran has, however, repeatedly announced its readiness to resume fulfilling its commitments if sanctions are removed. Washington has, however, pressed ahead with the campaign.

Iran's President Hassan Rouhani has said that the US policy for exerting “maximum pressure” on Iran has already failed and all economic indexes show that the country has weathered the worst phase of the American policy.