Tehran, 18 May_The spokesperson for the Palestinian resistance movement Hamas has slammed the formation of the new Israeli cabinet as a union between “war criminals and Israel’s far right”, calling for Palestinian unity to counter it. 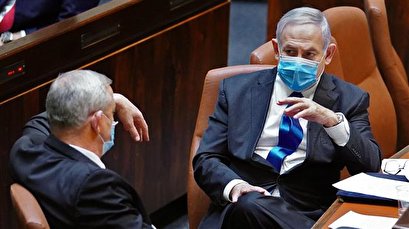 “The addition of war criminals into Israel’s far right government will exacerbate the challenges facing the Palestinian people,” Hazem Qassem said in a statement on Sunday.

The remarks come after Israeli Prime Minister Benjamin Netanyahu and his former election rival and centrist Blue and White leader Benny Gantz swore in their new power-sharing cabinet earlier in the day.

The formation of new cabinet put an end to three rounds of inconclusive elections between Netanyahu – known for his hawkish rightwing policies - and Gantz, which led the Israeli military from 2011 until 2015.

Qassem stressed in his statement that Palestinians will continue their resistance against Zionist occupation regardless of the developments.

“The people of Palestine will not pay the slightest attention to the formation of the new cabinet,” he said.

He added, however, that Palestinians will need to counter the new cabinet, which seeks to enact radical measures such as the annexation of the West Bank, by focusing on unity and cohesion.

Netanyahu has set July 1 for the start of cabinet discussions on extending Israeli appropriation to settlements in the West Bank and annexing the Jordan Valley.