Iran: US bears responsibility for any foolish act against tankers heading to Venezuela

Tehran, 18 May_Iran's Foreign Ministry has warned again that the United States will itself bear the responsibility for any foolish act that it could take against Venezuela-headed Iranian fuel tankers, saying Washington cannot come in the way of legitimate trade among independent countries. 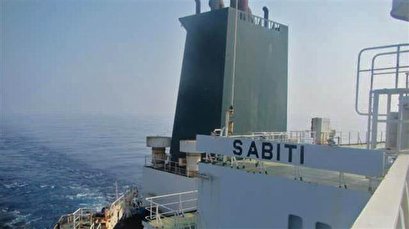 “The US itself will have to suffer the repercussions that arise out of any unthinking measure [that it could take] against the Iranian vessels,” ministry spokesman Abbas Mousavi told reporters during a press briefing in Tehran on Monday.

“Should the Americans take any measure against our vessels’ free and legal movement around, they would face our decisive response,” he warned.

If Washington “does not like a country, this does not give it any grounds to prevent legal trade among countries, [take them under] sanctions, and cause trouble for them,” the official noted.

The Islamic Republic, he said, has delivered a clear caution against any potential American mischief through the Swiss Embassy in Tehran that represents Washington’s interests, the Iranian mission to the United Nations, and also a letter by Foreign Minister Mohammad Javad Zarif to UN Secretary-General Antonio Guterres.

Meanwhile speaking to Press TV, an Iranian military official echoed a similar warning, noting that Iran reserved the right to respond duly to and retaliate any action to target its oil tankers sailing through international waters towards Venezuela.

"International waters should remain safe either for all oil tankers or none," the military official spoke on the condition of anonymity.

Vessel tracking data have reportedly suggested that an Iranian tanker that had loaded fuel at Bandar Abbas port in southern Iran at the end of March, sailed through the Suez Canal and entered the Atlantic on Wednesday.