The United Nations (UN)’s acting envoy for Libya has called on the Security Council to press countries to end their sponsorship of warring sides in the North African country, warning that the influx of arms and mercenaries will aggravate the conflict. 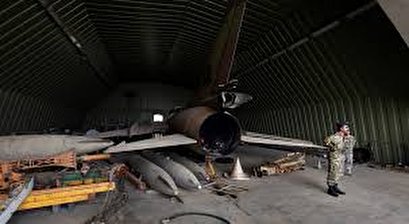 “From what we are witnessing in terms of the massive influx of weaponry, equipment, and mercenaries to the two sides, the only conclusion that we can draw is that this war will intensify, broaden, and deepen,” said Acting UN Envoy Stephanie Williams before the Security Council.

“We must not let Libya slip away,” she insisted. “This council can ensure the collective security it is mandated to maintain by applying consistent and credible pressure on those regional and international actors that are fueling the conflict.”

Libya descended into turmoil following the toppling of Muammar Gaddafi, its long-time ruler, in 2011. For the past six years, the country has been split between two rival camps, namely the UN-recognized government based in the capital, Tripoli, and another camp based in the eastern city of Tobruk, backed militarily by rebel forces led by strongman Khalifa Haftar.

The Libyan government receives major backing from Turkey, and the rebels from the United Arab Emirates (UAE), Egypt, and Jordan.

The rebels launched a deadly offensive to capture Tripoli in April last year but have so far failed to advance past the city’s outskirts.

The remarks by Williams came just a day after the UN’s Special Envoy for Syria Geir Pedersen also informed the UNSC that militants from Syria were being dispatched to Libya to fight on both sides of the conflict there.