May, 22, 2020_The representative of Hamas in Iran highlighted the successful outcomes of “inclusive resistance” in increasing the costs of occupation for the Zionist regime, calling for the implementation of the same scheme in all Palestinian territories. 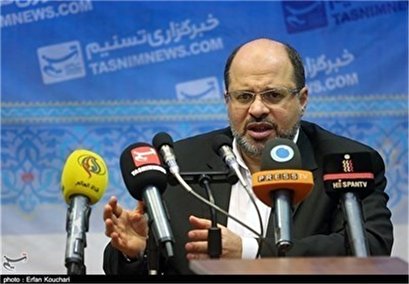 Such resistance forced the Zionist occupiers to withdraw from Gaza in 2005, he noted.

“This is the equation that could be implemented in the West Bank and all over Palestine by increasing the costs of occupation through the concept of inclusive resistance of the Palestinian nation,” Qoddoumi added.

The Hamas official denounced the attempts at normalization of ties with the Israeli regime as a failed project between a certain group of beneficiaries in the Arab world and the Zionist regime, saying the futile plan has ignored the interests of the Arab nations and the Palestinian people.

Qoddoumi also noted that the Zionist regime has been after the so-called deal of the century because it has failed to integrate into the region after more than a century.

The Hamas official’s comments in condemnation of normalization of ties with Israel came against a backdrop of growing anti-Israeli sentiments and supports for Palestinian people across the world as people in various countries are commemorating the International Quds Day.

The International Quds Day is an annual event during which demonstrators express their solidarity with the Palestinian people and opposition to the occupation of the Palestinian territories by the Zionist regime of Israel.

The day is seen as the legacy of the late founder of the Islamic Republic of Iran, Imam Khomeini, who officially declared the last Friday of the holy month of Ramadan as International Quds Day back in 1979.