The Azarbaijan Museum is a large edifice located in Imam Khomeini Avenue in Tabriz (East Azarbaijan province), northwest of IRan, and is noted for its wide collection of historical valuable vestiges. 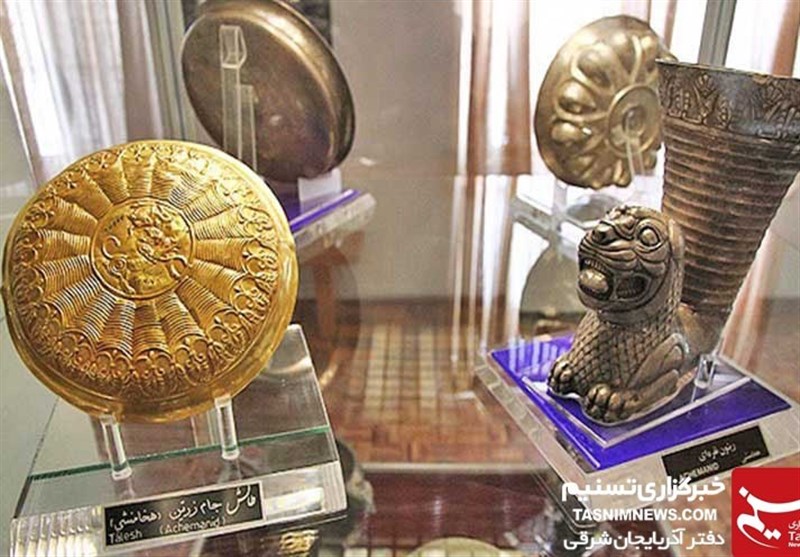 It houses over 2,300 antique pieces that are on record, and more than 100 pieces are being studied to be recorded.

There are around 100 hand written books, 7 2,500 printed historical books and several others relating to archeology and scientific fields. On an average annually approximately 100,000 people visit this museum.

The museum has three galleries. The first gallery bears the oldest remains from 5th millennium BC until Sasanian dynasty (212-656 AD). The museum's monuments include goddesses, Rhytons, two skeletons (male and female) and a carved slab of marble known as Bism Allah-Stone.

The second gallery consists of two parts: one for Islamic archeology and another part for coins and seals. Part one involves pottery dated from the 10th to the 19th centuries.

The coins of this gallery (part two), began with the Achaemenid dynasty and end in the Qajar dynasty. The displayed seals and stamps date from the third millennium BC to Islamic eras. The third gallery includes some sculptures made by Ahad Hosseini. They are made of plaster and represent the sculptor's own image about the fate of mankind in the 20th century.