TEHRAN 25 May_A senior Russian diplomat says opponents of a 2015 nuclear deal signed between Iran and major world powers are seeking to "undermine the confidence and cooperation” between Tehran and the International Atomic Energy Agency (IAEA). 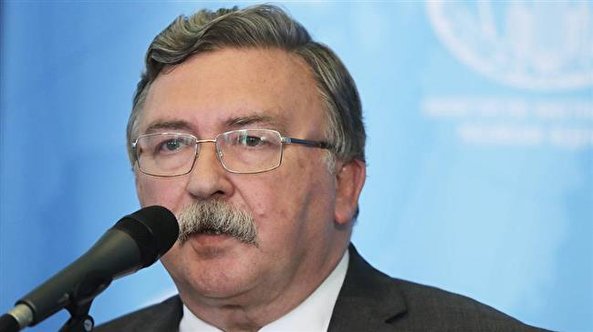 In a post on his Twitter account on Monday, Russia's Permanent Representative to International Organizations in Vienna Mikhail Ulyanov said the nuclear deal -- officially known as the Joint Comprehensive Plan of Action (JCPOA) -- aims to "restore confidence in exclusively peaceful nature" of Iran's nuclear program.

"The deal fulfills this task. No sign of military dimension was found," he added.

The landmark nuclear deal had been reached between Iran and the P5+1 group -- the US, Britain, France, Russia and China plus Germany -- in 2015. However, in May 2018, US President Donald Trump unilaterally pulled his country out of the JCPOA and later re-imposed the sanctions that had been lifted against Tehran and began unleashing the “toughest ever” fresh sanctions.

Although it is not a party to the JCPOA any more, Washington has recently launched a campaign to renew the Iran arms ban — in place since 2006/2007 -- through a resolution at the Security Council. Russia and China are against the push, and most likely to veto it.

To circumvent the veto, the US says it will argue that it legally remains a “participant state” in the nuclear pact only to trigger the snapback that would restore the UN sanctions, which had been in place against Iran prior to the JCPOA inking.

Tehran says Washington, through its unilateral withdrawal from the JCPOA, has forfeited all rights to have a say in the agreement.

IAEA Director General Rafael Mariano Grossi in March once again confirmed Iran's compliance with its commitments as per the nuclear deal, saying the country continues to cooperate with the agency.