China opposes any US restrictions on its flights: Foreign Ministry spox 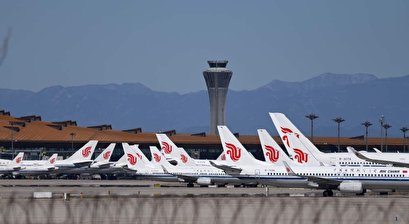 The comments came after the US Transportation Department demanded that Chinese carriers file their schedules and other flight details by May 27, suggesting that Washington plans to impose certain restrictions on flights from China.

“China opposes any possible interference and restrictions imposed by the US on regular passenger flights operated by Chinese airlines,” said the official.

He added that the flight restrictions earlier imposed by Beijing treated all airlines equally as part of efforts to fight the coronavirus pandemic.

Late in March, China suspended practically all entry to the country by foreigners and halted almost all international passenger flights.

The US, however, accused China of blocking American flights and making it impossible for US airlines to resume service to the Asian country.

In response to the restrictions, the US Transportation Department delayed a few Chinese charter flights earlier this week, accusing them of not complying with notice requirements.

In an order posted on a US government website and seen by Reuters, the department warned that it could find Chinese flights “contrary to applicable law or adversely affect the public interest.”

The department said it has “protested this situation to the Chinese authorities, describing it as “critical.”

It also noted that Delta Air Lines and United Airlines want to resume flights to China in June.

Late in January, Washington barred from entry most non-US citizens who had been in China within the previous 14 days.

Following the ban, major US carriers decided to halt all passenger flights to China.

Delta and United, which are flying cargo flights to China, had requested approval for a daily flight to Shanghai Pudong airport.

Tensions between Beijing and Washington have further increased since the US started blaming China for the pandemic.