Tehran, Caracas to win fight against US imperialism: Venezuela

Tehran, 26 May_The Venezuelan Air Force has released a video to praise Iran for sending fuel to the gasoline-starved country in defiance of the sanctions imposed by the “imperialist” US regime. 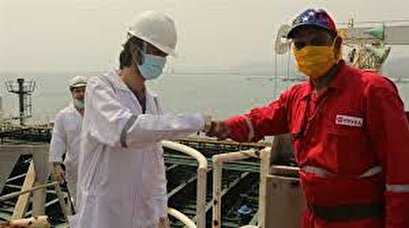 “Iran and Venezuela, the two countries fighting against the US imperialism with dignity and courage,” reads one of the captions shown in the video released by the Venezuelan Air Force on Monday.

“Our fight will prevail and we will win,” says another caption, referring to the joint fight against the US imperialism.

“Thanks to the people of Iran for their friendship.”