US manufactured 'emergency' to sell arms to Saudi Arabia: Report

Tehran, 26 May_US Secretary of State Mike Pompeo ordered officials at the department under his watch to find a way to justify the use of an emergency declaration meant to expedite the $8 billion weapons sale to Saudi Arabia, CNN reports. 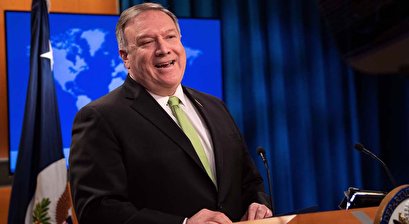 Four sources in the US State Department told the TV channel on Friday that they were stunned by the request to justify the emergency declared in May 2019 by Pompeo that enabled him to sidestep a congressional ban on arms export to the Riyadh regime amid the war on Yemen.

Under Pompeo's order, the sources said, State Department officials had to "reverse engineer the situation to provide the justification for a decision which was made in an aggressive and unconventional manner."

"They seemed to have a game plan and it had to be justified," said a State Department official.

"The attitude was very Trumpian," he added, referring to US President Donald Trump.

Pompeo's demand sent offices at the US State Department, with the regional office, the political military bureau and the legal office all set into motion to figure out how the emergency could be justified, according to the sources. The quick decision did not allow for a thorough discussion about the arms sale between the various government agencies involved.

"It seemed we [the Trump administration] were determined to turn a corner on [Jamal] Khashoggi (the Saudi dissident journalist murdered in Istanbul). The message was we need to move on, and provide the support," the official said. "It was an incredible display of audacity."

House of Representatives Foreign Affairs Committee Chairman Eliot Engel said he believes the probe into the $8 billion weapon sale could be one of the reasons for Linick's abrupt dismissal.