Tehran, 26 May_Activist scholar Noam Chomsky attacks the administration of US President Donald Trump over its “chaotic” response to the coronavirus pandemic, arguing the government is unable to stem the virus outbreak. 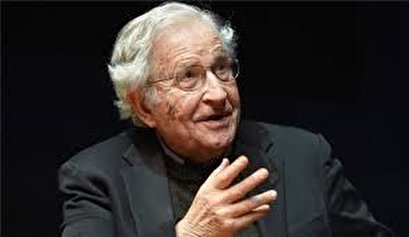 Speaking in an interview with AFP, the 91-year-old intellectual called Trump “a sociopathic megalomaniac” who thinks about nothing but himself and his power.

“There's no coherent leadership. It's chaotic. The presidency, the White House, is in the hands of a sociopathic megalomaniac who's interested in nothing but his own power, electoral prospects -- doesn't care what happens to the country, the world.”

“The president himself has said that it's none of his business. He's said that the federal government can't do anything,” he added.

Chomsky predicted that “there will a lot more” deaths in the United States as “there's no coordinated plan.”

He also criticized the Republican president for “defunding the Center for Disease Control” and “canceling programs that were working with Chinese scientists to identify potential viruses.”

The US has repeatedly blamed China for the COVID-19 pandemic, with Trump recently lashing out on Twitter, claiming that the “incompetence of China” led to “mass Worldwide killing.”

Trump also proclaimed that a laboratory in the Chinese city of Wuhan, where the first outbreak was reported, had accidentally unleashed the virus.

The US president, nonetheless, had praised China’s coronavirus response more than 30 times between January and March as the virus started to spread around the globe, according to a CNN tally.