Tehran, 26 May_Chelsea have started their small group training with their young winger Callum Hudson-Odoi being cleared for now to join his team-mates despite his arrest at the weekend. 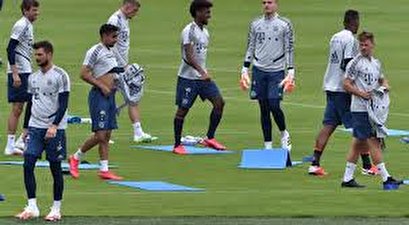 Chelsea manager Frank Lampard and his assistants led the training session on Tuesday with the squad coming together for the first time in more than 9 weeks. The main focus of the training is on fitness work for now as the London Blues prepare to see-out the remaining 9 Premier League fixtures.

Among those who attended the training was 19-year old Callum Hudson-Odoi who got himself arrested this Sunday on suspicion of rape. He was later bailed-out from custody to return on a date in mid-June. Chelsea have so far declined to comment on the issue.