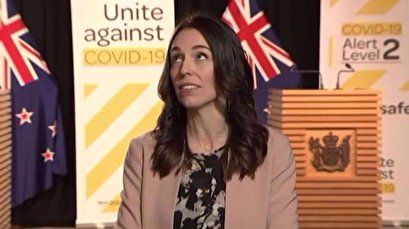 There were no initial reports of damage, according to news reports and a Reuters witness.

A slightly stronger 5.8-magnitude quake struck the capital on Monday while Prime Minister Jacinda Ardern was doing a live TV interview. She calmly continued with the program and later confirmed there had been no damage.

New Zealand lies on the seismically active "Ring of Fire," an arc of volcanoes and ocean trenches girdling much of the Pacific Ocean.

The city of Christchurch is still recovering from a 6.3-magnitude quake in 2011 that killed 185 people.