TEHRAN, 29 May_The US House Judiciary Committee has called for an investigation into systemic police misconduct following a spate of deaths of African Americans at the hands of the police. 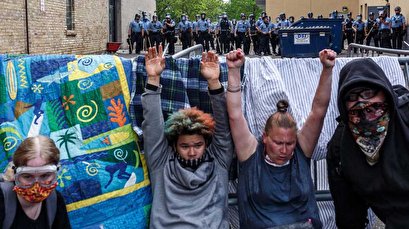 The deaths of Breonna Taylor in Louisville, Kentucky and George Floyd in Minneapolis raise questions about whether police were engaged in a "pattern or practice of unconstitutional conduct," House Judiciary Chairman Jerrold Nadler and the other Democratic members told Attorney General William Barr in a letter.

Taylor was fatally shot when LMPD officers served a warrant at her home as part of a narcotics investigation on March 13.

Her boyfriend, Kenneth Walker, said he did not hear officers announce themselves and fired a single shot, striking Sgt. Jonathan Mattingly, one of the officers involved, in the femoral artery.

This prompted Mattingly, detectives Myles Cosgrove and Brett Hankison to open fire, shooting more than 20 rounds, hitting Taylor at least eight times. She died in the hallway of her apartment.

Floyd, on the other hand, died after a police officer held him face-down by his knee as the unarmed black man was repeatedly saying he cannot breathe.  His death triggered mass and violent protests in the US cities of Minneapolis and Los Angeles.