Cummings’ behaviour has been criticised by politicians from all major parties

TEHRAN, 29 May_Cummings’ behaviour has been criticised by politicians from all major parties 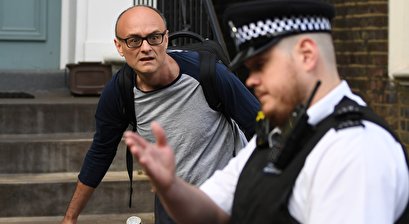 Cummings, who faced calls from within the Conservative Party to resign for driving 250 miles (402 km) during the coronavirus lockdown, could be out in six months, the newspaper reported, citing sources.

His trip from London to northern England was described by local police as a breach of the coronavirus lockdown but was also called by them as minor, the Telegraph newspaper had reported earlier on Thursday.

Cummings’ behaviour has been criticised by politicians from all major parties, but Johnson has said he wanted to move on from the topic.

Cummings, architect of the 2016 campaign to leave the European Union, came under pressure when it was reported he had travelled from London to northern England in March when his wife was ill with COVID-19 symptoms during a nationwide lockdown.