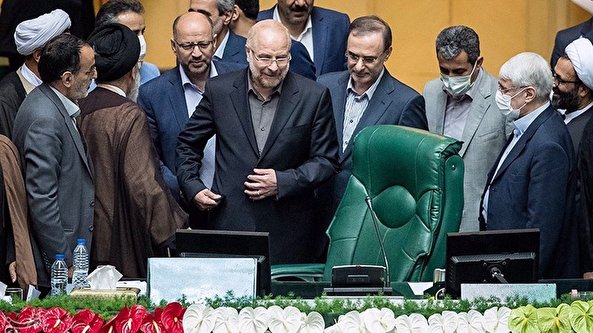 During an open parliamentary session on Thursday, Qalibaf garnered 230 votes from a total of 267 cast by his fellow legislators to take the helm of Iran’s 11th Parliament (Majlis).

The other candidates vying for the post, Mostafa Mir-Salim and Fereydoon Abbasi, secured 12 and 17 votes, respectively.

Amir-Hossein Ghazizadeh Hashemi and Ali Nikzad were also elected as the first and second deputy parliament speakers with 208 and 196 votes each.

The new Parliament chief, 58, is replacing Ali Larijani, who served in the post from 2008 until May this year.

Qalibaf served as the Iranian capital’s mayor from 2005 to 2017. Prior to assuming that post, he was the chief of Law Enforcement Force from 2000 to 2005 and commander of the Air Force of the Islamic Revolution Guards Corps (IRGC) from 1997 to 2000.