Americans should know that Persian Gulf is not American lake: Former US diplomat

TEHRAN, 29 May_Americans should leave the Middle East region as soon as possible and “they should not think that the Persian Gulf is really an American lake,” a former American diplomat has said. 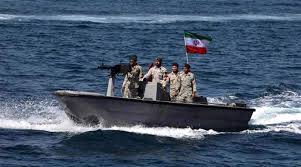 J. Michael Springmann, former US diplomat in Saudi Arabia, made the remakrs in an interview with Press TV on Friday while commenting on a statement by a senior commander of Iran’s Islamic Revolution Guards Corps (IRGC) who has censured the United States for conducting military drills in the Persian Gulf, saying the era of US military presence in the region is coming to an end.

The IRGC deputy commander for political affairs, Brigadier General Yadollah Javani, said in an interview with Tasnim News Agency in Tehran on Monday that what the US is doing under the guise of "military exercises to enhance security in the Persian Gulf and assisting its allies," is, in fact, part of efforts aimed at consolidating its presence in the region.