TEHRAN, 29 May_Over 88 percent of coronavirus patients have recovered in Tehran, an Iranian official said, adding that the virus is being eradicated in the country. 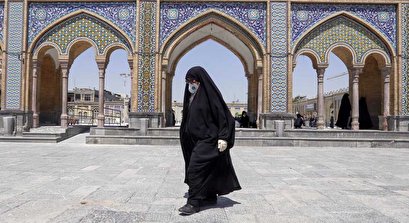 Head of Tehran Coronavirus Headquarters Alireza Zali says the trend of increase in number of COVID-19 infections and fatalities is promising.

The figures show the virus is being eradicated as the number of infections is decreasing, Zali added.

He also noted that patients have recovered after 5.17 days on average, which is an unprecedented record.

Health Ministry spokesman Kianoush Jahanpour announced on Friday that 114,931 COVID-19 patients have recovered from the disease, and been discharged from hospital.

The spokesman said 50 people died of the virus in the past 24 hours, increasing the total number of deaths to 7,677.