TEHRAN, 29 May_Twitter has tagged a Chinese government official’s tweet that suggests the new coronavirus has been brought to the Asian county by the US military. 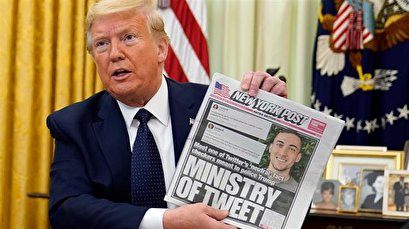 The social media platform posted a blue exclamation mark under the tweet — posted by Chinese Foreign Ministry spokesman Zhao Lijian — with a comment calling on its readers to check the facts about the spread of the contagious disease.

“When did patient zero begin in US? How many people are infected? What are the names of the hospitals? It might be US army who brought the epidemic to Wuhan. Be transparent! Make public your data! US owe us an explanation!” Zhao wrote in March.

The virus, which was first reported in the Chinese central city of Wuhan late last year, quickly spread to the rest of the world and became a new source of tension between Washington and Beijing.