Trump accuses WHO of becoming 'puppet' organization of China

TEHRAN, 30 May_US President Donald Trump says he is terminating the relationship with the World Health Organization (WHO) over its handling of the coronavirus pandemic. 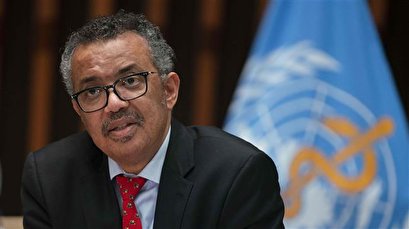 Speaking to reporters on Friday at the White House, Trump accused the WHO of becoming essentially a “puppet” organization of China.

The US president said the WHO has failed to implement reforms that he demanded earlier this month.

Trump repeated threats to permanently halt the US funding for the UN agency, which amounts to hundreds of millions of dollars per year.

"Because they have failed to make the requested and greatly needed reforms, we will be today terminating our relationship with the World Health Organization," Trump told reporters.

He said Washington would be redirecting funds previously allocated to the WHO "to other worldwide and deserving urgent global public health needs."

"The world needs answers from China on the virus. We must have transparency," Trump said.

Beijing has said the United States is smearing China and the WHO with the aim of shifting the blame for its own mishandling of the COVID-19 crisis.

The United States contributed at least $400 million in funding to the WHO budget last year.

The WHO launched earlier this week a new independently-run foundation for private donations, which the organization hopes will give it greater control to direct philanthropic and public donations.