Tehran, 01 June_At least four civilians have been killed and over a dozen others injured in mortar shelling by Saudi-sponsored militiamen loyal to Yemen’s former president, Abd Rabbuh Mansur Hadi, at a residential area in the western coastal province of Hudaydah. 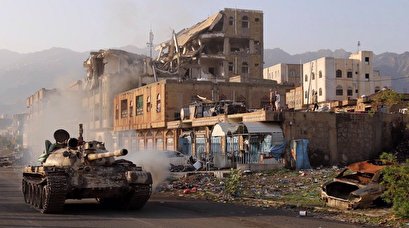 Local sources, who asked to remain anonymous, told Arabic-language al-Masirah television network that the projectiles struck al-Zohour neighborhood in the al-Hali district of the province on Sunday.

The sources added that the injured victims were taken to a nearby hospital, though health facilities in the war-ravaged country are suffering from lack of medicine and medical equipment.

Separately on Sunday, Abdullah Askar Majali, a cameraman working for al-Masirah TV, was killed in Yemen’s northern province of al-Jawf.

The television network said Majali lost his life while covering the advances of Yemeni army forces and allied fighters from Popular Committees.

Saudi Arabia and a number of its regional allies launched the devastating war on Yemen in March 2015 in order to bring Hadi back to power and crush the Houthi Ansarullah movement.