Trump’s move to hide from protesters in bunker proves US democracy is big lie: Iran

Tehran, 02 June_Iran’s top security official says US President Donald Trump’s move to hide from American protesters in an underground bunker proves that democracy in the United States is a big lie. 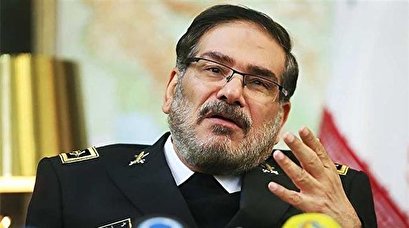 The big lie of democracy and freedom was revealed after Trump fled to his Black House’s underground bunker for fear of American people,” said Ali Shamkhani, the Secretary of Iran’s Supreme National Security Council.

“The signs of the decline of the Big Satan are revealing more than ever,” he added in a Monday tweet.

Trump fled to the secure White House bunker, usually reserved for times of war or terrorist attacks, in the midst of noisy protests on Friday about the killing of George Floyd by police, and sporadic clashes close to the presidential complex’s perimeter.

According to several accounts by unnamed officials, Trump spent nearly an hour sequestered in the austere suite of hardened underground rooms designed for use in grave emergencies, and in which the then vice-president, Dick Cheney, took shelter during the 9/11 attacks.