US must be prosecuted at intl. courts for human rights abuses: Iran’s Judiciary chief

Tehran, 02 June_Amid a global outcry over the brutal death of a black man at the hands of US police, Iran’s Judiciary Chief Ebrahim Raeisi says the United States must face prosecution at international courts for “systematic racism” and violations of basic human rights. 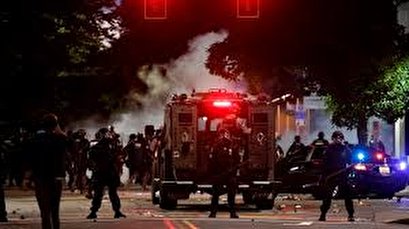 In remarks on Tuesday, Raeisi slammed the shocking US police brutality that led to the death of George Floyd earlier this month, saying the tragedy “laid bare America unmasked.”

The 46-year-old unarmed black man lost his life in police custody on a Minnesota street after a white officer kneeled on his neck for nearly 9 minutes.

Raeisi further said the US, which claims to be a defender of human rights “should in fact be prosecuted at international courts” as a violator of basic human rights and for racial discrimination.

“It’s not just about the color of skin; it’s about systematic racism in the US,” said Raeisi.