Tehran, 02 June_The fifth and last tanker in a flotilla of ships carrying Iranian fuel has entered Venezuela’s territorial waters, with the Latin American state’s president announcing a plan to visit Tehran for even more cooperation deals between the two nations. 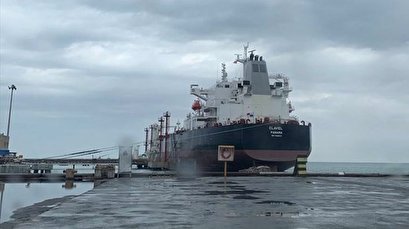 According to Refinitiv Eikon tracking data, Clavel crossed into Venezuelan waters late on Sunday and was navigating near Tortuga Island on Monday.

It is heading to the state oil company Petroleos de Venezuela (PDVSA)’s El Palito refining facility in Puerto Cabello, according to the data.

The tanker will be delivering the last cargo of the 1.53 million barrels of gasoline and alkylate that Iran sent to Venezuela to help revive oil refineries in the South American country, which is suffering from a severe fuel shortage caused by US sanctions.

Clavel left Bandar Abbas port on the Persian Gulf on April 28 and traveled the Red Sea and Suez Canal into the Mediterranean, and then into the Atlantic.

Four other Iran-flagged vessels — Fortune, Forest, Petunia and Faxon —  have already reached Venezuela under military escort and unloaded their cargo.

Iran’s fuel shipments have drawn the ire of the US, which has imposed draconian sanctions on the two states with the aim of crippling their oil sectors.

Earlier this month, US officials said Washington was considering responses to Iran’s move, prompting Tehran to warn of retaliatory measures if Washington causes any problem for the Venezuela-bound tankers.