Tehran, 03 June_Iran’s foreign minister slams Europe’s double standards on protest actions in different parts of the world, calling on the Europeans — who have a habit of jumping to conclusions on demonstrations in non-Western states — to break their “deafening” silence on “scenes of brutality” in the US 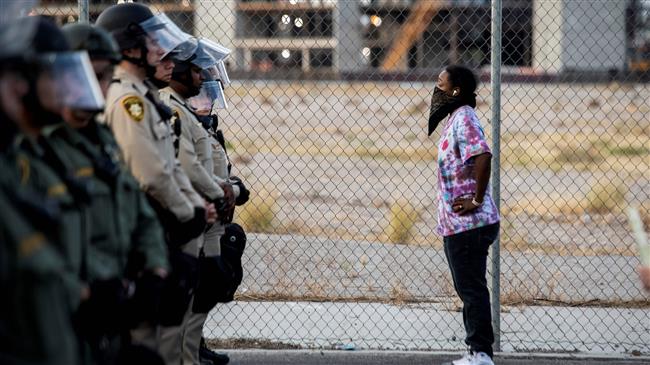 In a post on his Twitter account on Tuesday, Mohammad Javad Zarif highlighted the heavy-handed police crackdown on anti-racism protesters and media workers covering the events in the US.

The US cities, Zarif wrote, are the scenes of brutality against protesters and the press” in the aftermath of the choking to death of unarmed African-American George Floyd by a white police officer in Minneapolis last week.

“Europe—quick to be judge & jury about non-Western societies—keeps deafeningly silent,” added the minister. “If it wants to keep lips sealed now, it should always keep them that way.”

Police have responded with tear gas canisters and rubber bullets to the protests that have so far engulfed at least 30 US cities. Minnesota, where the murder took place, has even activated the National Guard against the protesters in a rare move.

In recent days, many journalists have had tense encounters with the police during the nationwide demonstrations against racism and police brutality.