Trump to accept Republican presidential nomination outside of North Carolina 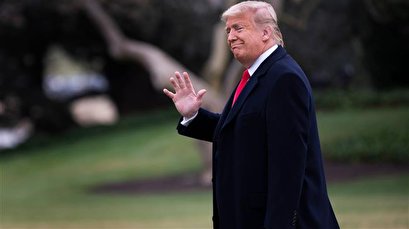 On Tuesday, Governor Roy Cooper rejected Republican demands to guarantee that attendance at the convention in Charlotte would not be restricted by social-distancing measures aimed at preventing the spread of the coronavirus.

In response, Trump said on Twitter that the party would relocate the event.

The Republican National Committee said in a statement that “the celebration of the president’s acceptance of the Republican nomination will be held in another city" because of Cooper's decision. Trump is seeking a second term in the Nov. 3 election.

Should the governor later change the restrictions to allow more people to gather, “we still hope to conduct the official business of the convention in Charlotte," the statement said.

Republican officials were considering whether to have Trump formally accept the nomination and deliver his acceptance speech in Florida, Georgia, Tennessee or Arizona, one official said.

Cooper said on Twitter on Tuesday night: "It’s unfortunate they never agreed to scale down and make changes to keep people safe."

North Carolina previously lifted some restrictions applied to stop the spread of the coronavirus, but remains in Phase Two of a reopening plan, which limits indoor gatherings to no more than 10 people.

Democrats have delayed their convention in Milwaukee, which

was set for Aug. 17 to 20, and left the door open to a revised format. Former Vice President Joe Biden is the party's presumptive presidential nominee.