Tehran, 04 June_Millions of Iranians and international admirers are marking 29 years since the departure of the revered founder of the Islamic Republic Imam Khomeini. 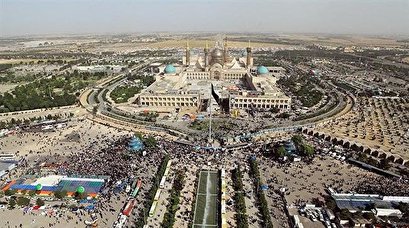 A special mourning ceremony is scheduled at Imam Khomeini’s Mausoleum in southern Tehran later Monday, with Leader of the Islamic Revolution Ayatollah Seyyed Ali Khamenei due to deliver a speech.

The Leader’s address is set for 01:00 GMT (17:30 local time) to hundreds of thousands of mourners who have descended on Tehran, from all over Iran and other countries.

More than 300 foreign correspondents will be covering the event. Iran’s biggest airport, which is named after Imam Khomeini, will shut down for four hours from 16:00-20:00 hours local time  while Ayatollah Khamenei delivers his speech.

Imam Khomeini passed away aged 86 at the night of June 3, 1989. Hailed as one of the most influential figures in modern history, he led popular protests against Iran's former Pahlavi regime which was a key ally of the United States.

Imam Khomeini spent many years in exile in Iraq, Turkey and France, from where he led a swelling grassroots movement which ultimately put an end to millennia of monarchical rule in Iran.