US blames other nations for its own high crimes

Tehran, 05 June_Past and present US politicians and senior bureaucrats are the world’s most publicized liars, notably on domestic and geopolitical issues mattering most. 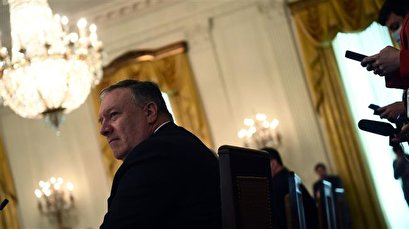 Time and again, US Iranophobes falsely accused the Islamic Republic of being the world’s leading state sponsor of terrorism — a dubious distinction far and away applying to the US.

Iran is the region’s leading proponent of peace, stability, and mutual cooperation among all nations — polar opposite how the US, NATO, Israel, and their partners in high crimes of war and against humanity operate.

The hemisphere’s leading democracy Venezuela is falsely called a dictatorship by the US, a nation supporting an array of tinpot despots worldwide, notably in the Middle East and Latin America.

Time and again, Russia was accused of all sorts of things by US officials that it had nothing to do with — notably nonexistent US election meddling, a longstanding US specialty worldwide, not how Moscow operates.

What’s happening is “right out of the Russian playbook,” she roared, adding:

“(W)e cannot allow the extremists, the foreign actors, to distract from the real problems we have in this country that are longstanding, centuries old, and need to be addressed responsibly.”

“You’re absolutely right (about) foreign interference” — despite no evidence proving it because none exists.

Blitzer pushed the Big Lie, falsely claiming Moscow wants to “embarrass” the US by “promoting the racial divide in our country.”

It’s self-promoting, centuries of incriminating evidence explaining the white supremacist nature of US society, Blacks and other people of color mistreated like second class citizens or worse — mass incarcerated, largely for minor offenses or trumped up charges, while high crimes in the suites go unpunished.

Americans are easy marks to be fooled repeatedly by the power of state-approved, media proliferated, propaganda.

He declined saying if he tried convincing Mexicans to believe Washington’s death squad wars were just, half the population would die laughing in disbelief.

Yet US opinion polls show Americans are manipulated to believe almost anything, no matter how untrue.