Tehran, 05 June_Iran has condemned the expansion of EU and US sanctions against Syria, calling it an inhumane tool that seriously endangers human rights. 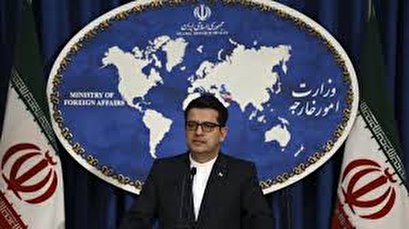 The European Union’s move to renew its sanctions against Syria and the United States’ introduction of new financial bans against the Arab country are unlawful and inhumane, Foreign Ministry spokesman Abbas Mousavi said on Friday.

“Most of the negative consequences and harms of such sanctions will be borne by the ordinary people and citizens of Syria,” the spokesman noted, describing sanction as an inhumane tool that directly and seriously jeopardizes human rights.

Mousavi expressed Tehran’s solidarity with the “resilient” nation and government of Syria, and called for the removal of all anti-human sanctions against Damascus “so that the Syrians can meet their basic needs and repair the damages caused byWestern-backed terrorist attacks against the country’s infrastructure with the help of the international community.”

His comments came shortly after the US Treasury’s Office of Foreign Assets Control issued the Syria Sanctions Regulations, which implement a 2019 executive order authorizing asset freezing measures and travel bans against Syrian individuals and entities.

On Wednesday, Syria lambasted the United States for practicing "economic terrorism", saying the US new financial sanctions will intensify the sufferings of the Syrian people.

“The Syrian Arab Republic strongly condemns the imposition of further sanctions on it by the US administration through the so-called Caesar Act. The sanctions are based on a bunch of lies and fabricated claims by parties hostile to the Syrian nation. This falls within the framework of their declared war that uses various methods, including terrorism, economic blockade, political pressure and smear campaign,” an unnamed source with the Syrian Ministry of Foreign Affairs and Expatriates said.