Protesters rally outside US consulate in German city of Hamburg, slamming racism

Tehran, 06 June_Thousands of people have demonstrated in front of the American General Consulate in the German city of Hamburg to protest against racism and police brutality in the United States. 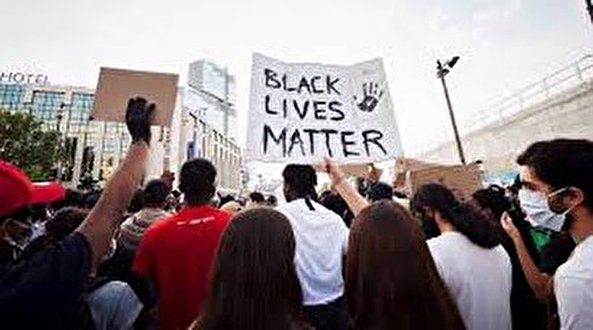 Some 4,500 mostly young people rallied outside the US consulate along the banks of the Alster river in the northern German city on Friday, holding banners and placards denouncing racial profiling against African Americans across the US.

The event had originally been registered for only 250 participants, protest organizers said.

The demonstration was inspired by the tragic killing of African-American George Floyd at the hands of a white police officer in Minnesota on May 25. The horrific incident has already triggered massive anti-racism protests across the US and turned violent at times.

The policeman, whose first trial was held on Thursday, knelt on Floyd’s neck for nine minutes, after arresting him for allegedly purchasing cigarettes with a counterfeit bill.

“I am subject to not quite violence but the discrimination by the police; more and unjustified checks, even unjustified violence against us sometimes. And yes, today we are here to put out the message that it has to stop. Enough is enough," said one of the protesters.

The rally in Hamburg, which was registered under the slogan “Justice for Floyd - stop killing blacks - stop the racial terrorism in the USA”, was interrupted by police intervention.

However, the attendees did not disperse immediately and sat instead on the ground for several more hours before the rally eventually started to break up in the late afternoon.

A similar and simultaneous protest with the participation of thousands of attendees was also held in Germany's financial hub, Frankfurt.