Tehran, 06 June_The Arab League has reaffirmed its opposition to the Israeli regime’s looming controversial plan to annex parts of the occupied West Bank, saying the “reprehensible and illegal” move amounts to a war crime against Palestinians. 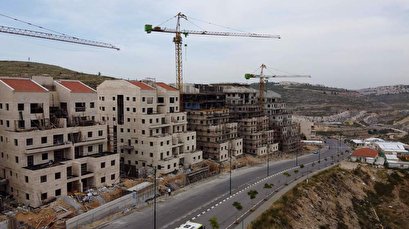 The establishment of an independent Palestinian state with Jerusalem al-Quds as its capital is the primary goal of the entire Arab world, and the region would never enjoy stability if such an ideal is not achieved, the 22-member regional organization said in a statement on the 53rd anniversary of Naksa (Setback) Day, which is commemorated every year on June 5 and marks the displacement of Palestinian people after Israel prevailed in the 1967 Six-Day War.

The Arab League also lambasted the US administration of President Donald Trump for providing unprecedented support to the Tel Aviv regime, and allowing it to press ahead with its settlement expansion policies and acts of aggression in the occupied Palestinian land.

It warned that Israel’s annexation plan poses a threat to international peace and security, stressing the need for effective measures to force the Tel Aviv regime to abide by the international law.

‘All peace-loving states call for end of Israeli occupation’

Separately, the secretary general of the Executive Committee of the Palestine Liberation Organization (PLO), Saeb Erekat, said peace-loving countries all agree on the need for an end to Israel’s occupation of the Palestinian territories, describing the cessation of such aggression as an “international responsibility.”

“We talked about the urgency to stop annexation to save the peace prospects. Respect for international law and ending the occupation remain a consensus among peace-loving countries,” Erekat wrote in a series of posts published on his official Twitter page following separate meetings with UN Special Coordinator for the Middle East Peace Process Nickolay Mladenov, EU Special Representative for the Middle East Peace Process Susanna Terstal and Russian Deputy Foreign Minister Sergei Vershinin.