US schools lay off hundreds of thousands, setting up lasting harm to kids

Tehran, 07 June_Late last month, San Diego high school teacher Jessica Macias put aside her worries about her future, psyched herself up and launched into an enthusiastic lesson via video feed to her class on the theory of knowledge. 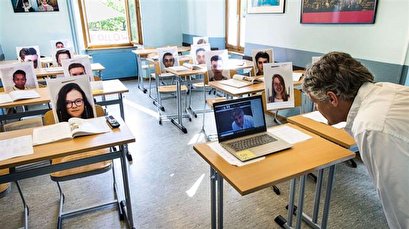 Macias, a 26-year-old English teacher, had attended Castle Park High School herself as a student. While delivering that lecture, she said, she was “pushing to the back of my head” that she’d soon be unemployed. Macias, along with 204 other teachers in San Diego’s Sweetwater Union High School District, will lose her job when the school year ends June 5.

The night before the class, she said in an interview, “I couldn’t sleep because I was thinking about not having a job.”

Macias will join the staggering number of public school personnel across the United States who have lost their jobs in the wake of school closures amid the Covid-19 pandemic. In April alone, 469,000 public school district personnel nationally lost their jobs, including kindergarten through twelfth-grade teachers and other school employees, a Labor Department economist told Reuters.

That is more than the nearly 300,000 total during the entire 2008 Great Recession, according to a 2014 paper by three university economists financed by the Russell Sage Foundation. The number of public school teachers hasn’t recovered from that shakeout, reaching near-2008 levels only in 2019.

Multiple school district administrators, public officials and teaching experts have warned that the current school personnel job loss will last for years, hurting the education of a generation of American students. It also could be a drag on economic recovery, for one thing because school districts are big employers.