Putin says Russia has no plans to resume operation of radar in Lourdes, Cuba

Russian President Vladimir Putin has denied that the RF had plans to deploy its radar in Lourdes, Cuba. 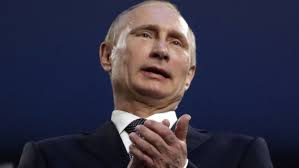 Answering a question whether this issue was really discussed during his visit to Cuba, he said: "No, it's not true."
Putin noted that the RF had no plans to resume the Lourdes signals intelligence facility operation. "Russia is capable of fulfilling the defence capacity tasks without this component [Lourdes]," the RF president said.
Speaking about co-operation in general, Putin supposed that Cuba has a bad aftertaste after the abrupt stoppage of co-operation with Russia during the 1990s.

"Unfortunately, we left, and our place was occupied by others. For example, Canadian companies are actively working, European and so on," Putin stressed. He said Cuba is an interesting place. "We have very good relations and a very good historical foundation. The country has achieved really good results in the social sphere, in education and medicine. Generally, we have joint projects and we have plans," the RF
president added.
The signals intelligence (SIGNIT) facility in Lourdes (Havana suburb) had been created by the USSR in Cuba in the 1960s. The station was to monitor the launches of American missiles, as well as perform electronic listening functions. It was also used for maintaining stable communication with the Russian embassies in Latin America.
IRNA
Share to
Tags
Putin ، Russia ، operation ، radar ، Lourdes ، Cuba
Your Comment